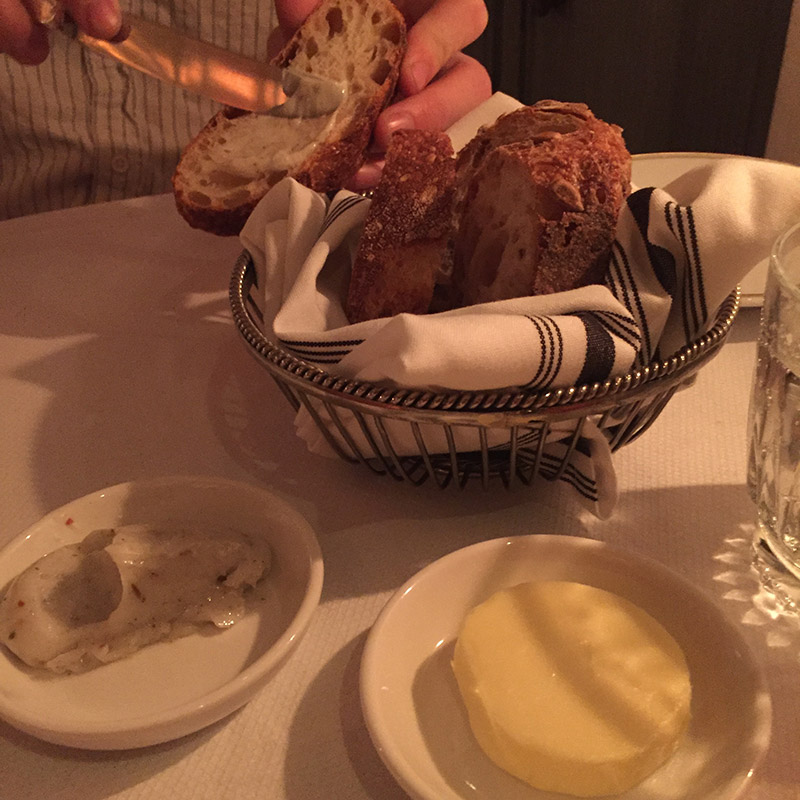 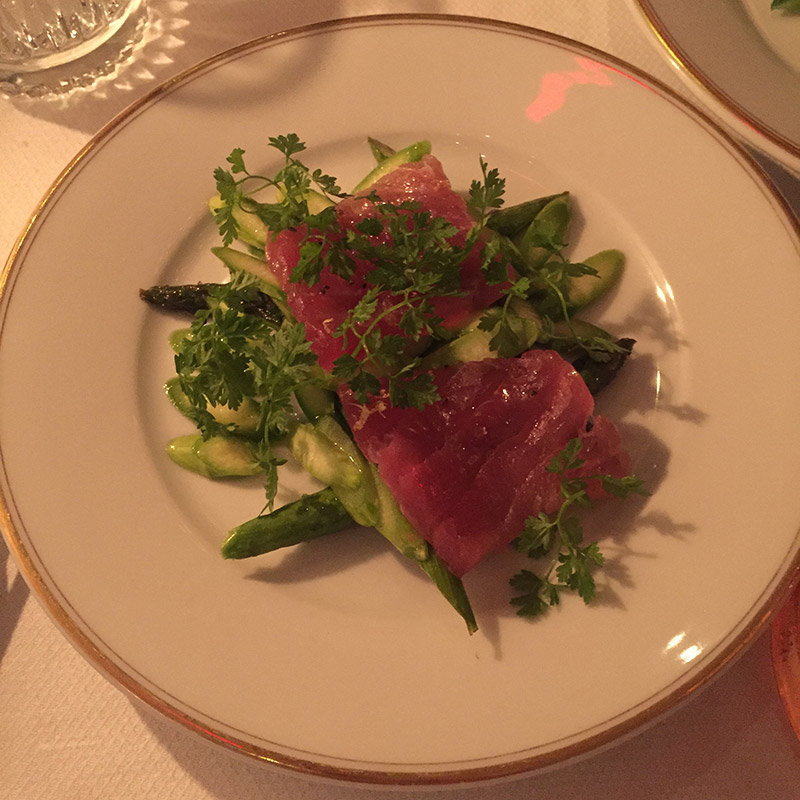 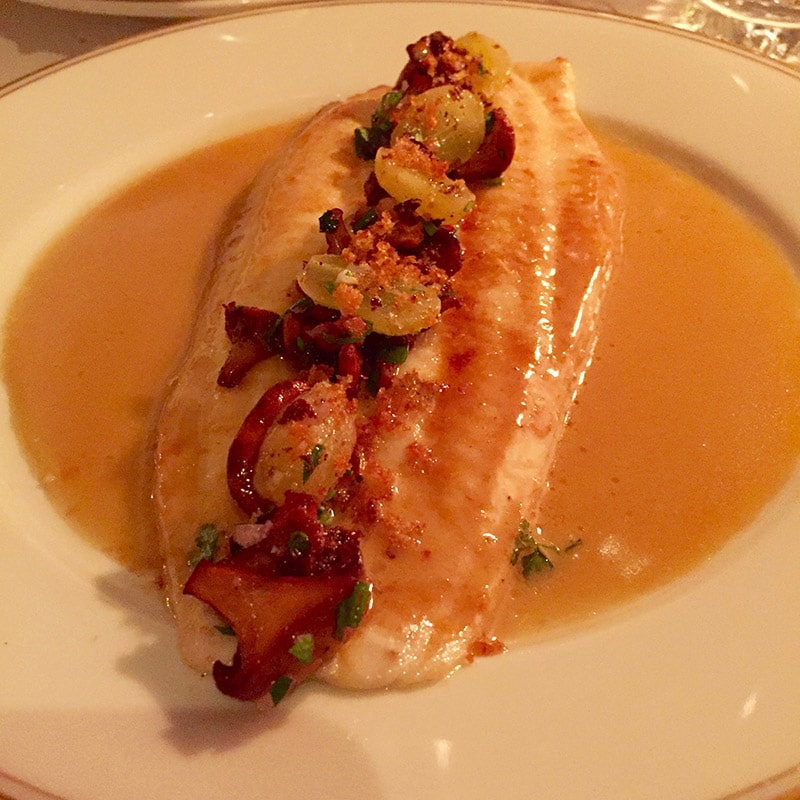 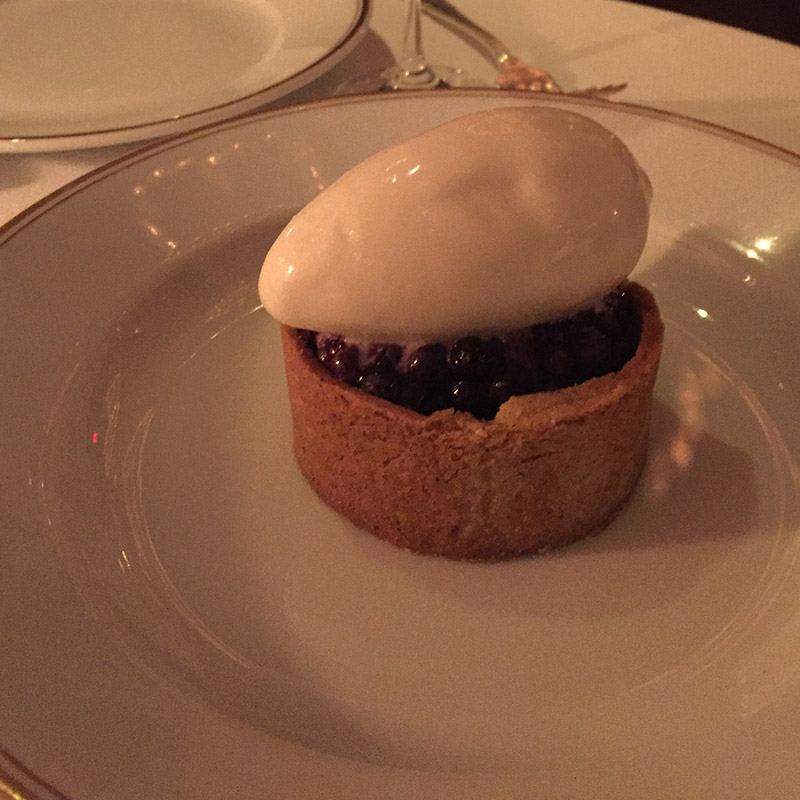 Daniel cooks because he loves to eat. His passion for cuisine was sparked while studying at the American University of Paris. He continued his education at the Institut Paul Bocuse in Lyon, and learned to cook. Daniel opened his first restaurant, Spring, in 2006 after 6 years of apprenticeship all over France. At Spring, there is no set menu and the food has a seasonal focus. In 2015, he opened La Bourse et La Vie.

Le Coucou, Daniel Rose’s first restaurant in New York, opened this summer in the Howard Hotel in SoHo. Daniel partnered with restaurateur Stephen Starr to open what Stephen calls a labor of love.

I have had the pleasure of experiencing dining at two of his restaurants, Spring in Paris and Le Coucou here in New York. Le Coucou is a vintage inspired French Restaurant showcasing elegant lighting, vintage Thonet chairs and a mural based on the work of Hubert Robert, the French landscape painter. The service was exquisite and warm. The menu was so beautifully laid out with so many intriguing dishes to choose from. Each dish I ordered delivered unexpected flavor and complexity that took Daniel’s cuisine to another level.